Laws for foreigners ownership of real estate in Egypt 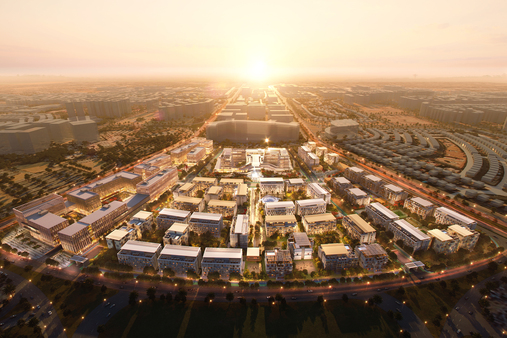 Advantages of investing in Egypt

What is meant by real estate?

It includes all constructed real estate, including buildings, apartments, and condominiums, as well as lands, shops, and so on, even if they are not subject to the provisions of Law No. 113 in 1939 or Law No. 56 of 1954.

What does it mean to own real estate?

It is divided into three types to allow foreigners to own property as follows:

What is meant by a moral person?

A legal person is any legal entity that is not considered a natural person.

According to Egyptian law, the stage of foreign ownership of real estate is preceded by several conditions to ensure the rights of all parties involved in the contracts.

There are some exceptions for the Prime Minister from the two requirements mentioned in clauses 1 and 2 of
the article, and the Council of Ministers has the right to set special conditions for ownership in tourist areas and urban communities.

It indicates that the ownership of real estate and lands is not subject to the requirements stipulated in this law,
if the ownership of a real estate belongs to a foreign government that uses it as the headquarters of its
consulate, diplomatic missions, or as the residence of the mission’s head and members.

If the foreigner acquires ownership of a real estate in accordance with these terms, So he is obliged to build on
it within a period of time not exceeding 5 years.

A non-Egyptian who has acquired ownership of a vacant land must comply with the requirements of this law, and
he must begin within a period not exceeding five years afِter the month of disposal.

Laws for foreigners ownership of real estate in Egypt

A foreigner who has acquired ownership of real estate must not dispose in it by any way before passing 5 years
from the date of ownership according to Article (5).

Although the prime minister has the authority to disposed of real estate before the expiration of this period in some cases (Article Five).

Actions that violate the provisions of this law are void and should not be publicized, in addition to the Public Prosecution can seek a ruling to invalidate it.

Non-Egyptian ownership may be prohibited in some areas of Egypt, particularly near the border As well as the governorates of North and South Sinai.

In 2005, a law was passed that excluded Sharm el-Sheikh from the previous rules.

According to this law, a non-Egyptian has the right to usufruct for 99 years, not freehold.

There are numerous investment areas in which foreigners can invest safely, including the following:

It is a massive national project that extends over an area of 170,000 acres and is expected to accommodate
more than 40 million people by the year 2040.

The Administrative Capital is located on the Cairo-Suez Road and the Cairo-Ain Sokhna Road, on the borders of Badr City.
It has many distinct residential compounds in which to invest, such as:

It is among the new cities which includes a huge variety of real estate, as it is considered the perfect place for foreigners ownership of real estate inside Egypt.

New Cairo is located in the east of Cairo between the Cairo-Suez Desert Road and the Katameya-Ain Sokhna Road.

Among the most prominent compounds in New Cairo that can be invested in, such as:

The New Alamein City is one of the most prominent new national projects in Egypt, which extends over an area of ​​49 thousand acres and targets to accommodate about 2 million people.

New Alamein City is located on the western coast of the Mediterranean Sea, and it is characterized by it’s distinct projects in which foreigners can invest, including Mazarine New Alamein Compound, North Edge Towers New Alamein, Zahra North Coast Village, and Palm Hills New Alamein.

If you are looking for real estate either inside or outside Egypt, La Costa real estate platform is your main destination to give you whole information about all real estate projects and it is also your easiest way to reach what you want, whether your dream home or your new project in the finest areas with the best prices.